oh man Is it a DREAM??? No it isnt, ITS WIPRO CHAIRMAN AZIM PREMJI

I can never ever forget this in my life, this was my one of the most enchanting moments! I learned a lot!! Well the Ultra super thing is 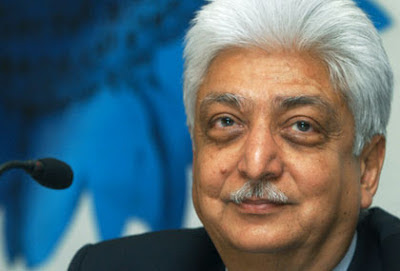 Well folks it was Annual General Meeting on 18-07-2007 at 4:30pm in WIPRO campus, gate 7, cafeteria hall. My *** is a stakeholder in WIPRO, so I read the Annual report book sent by wipro for this year ,I always dreamt of companies and entrepreneurship, innovation. In the book it mentioned about the share holders meet and what is procedure to attend the meet, I saw the agenda, I was amazed that Mr. Azim premji was coming to the meet, So I wasnt a share holder, I was very sad but as I was going through the book and saw a page which was saying "Proxy share holders" WOAH!!! and then read the requirements, This was all at my exam time!!! that bullshit semester exam time!! Well now I went to basavanagudi Post office to get a revenue stamp, so i got it and did what was suppose to be done and HURRAY!!! the application form for proxy share holders was ready!!! , and then I asked Phaneendra my friend to join me, and we were suppose to goto Sarjapur Registered WIPRO office to submit the proxy form, there we went into the reception there a lady was sitting, so we asked her " maam this is the proxy form for the Annual General Meeting , so can you please take this and give us the acknowledgement" Well she was totally dumb , what one earth ......... she said" what? whom do you want to meet?? where is the apointment!! all the irrelevant questions to current situation!! and then she asked us to wait and we were sitting watching the reception there were boards like "Welcome to WIPRO feel yourself free till some one escorts you" you know stuff like that.......... then she called us and said please submit your form sir! oh ghosh at last we submitted.
Today morning we planned that if we get a chance to meet Azim Premji what are we going to say!! Phaneendra said "Dude I dont think they are going to allow you"........... well I am Always POSITIVE I challenged him!! and at last we were there at Wipro Campus at 4:30pm i.e today approx 4 hours ago, Security didnt allow my camera inside the campus ! damn that guy! then we both went in............ It was like " we were kids who came to watch some fun show!!!! Well actually it was like this for others who were watching us , I saw almost all of them were bald and above 40s!!! well they saw us like what i have said!!! and really It was our first experience with what business is. Azim Premji was taking polls from audience , he was asking questions , We actually didnt understand half of it!!! They gave some Poll sheet where we were suppose to vote for merging wipro health and wipro IT so we didnt knew nothing so we voted like we were executives!!! and then after the meeting , I was waiting for opportunity to shoot out my questions to him! I was waiting near the stage for him...........my heartbeat increased, i was hyper excited, But my questions what I had prepared earlier remained in my memory, I was eagerly waiting ......................Then Azim Premji just came walking down the stage, I made eye contact with him and as he was walking , I joined him and asked these questions to him , It was for 5 min from stage to the cafeteria we were just walking like friends.... hahaha !!! I wasn't dumb, I asked a few questions and the answers were just "GOLDEN".
9 comments:

Never ever under estimate a Human Spirit!, It was in 1994 when SIX students Graham Spencer, Joe Kraus, Mark Van Haren, Ryan McIntyre, Ben Lutch and Martin Reinfried all were Computer Science students from Stanford decided to start a company known as "Architext".
They started in a garage!, Well it was internet which was booming at that time, they were one of the successful companies on the internet. 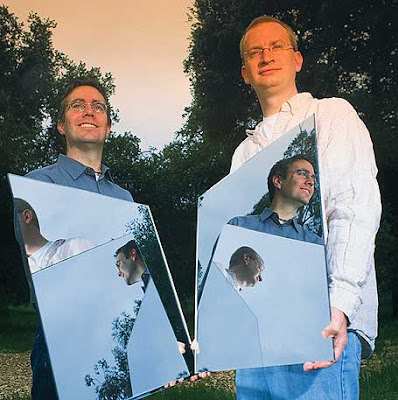 In July 1994 International Data Group paid them $100,000 to develop an online service. They developed a Internet Portal known as "EXCITE". Soon lots of people used their service and it became a million dollar company. Some of the founders bought cool cellphones, BMW cars a lot of cool gadgets. After tasting success, one of the founders "Graham Spencer" a strict vegetarian and Joe Kraus started "JOTSPOT" a software company that offered enterprise social software (structured wiki). Search Engine Giant Google acquired this company in 2006!.

Watch "NERDS 2.0.1 -- A brief history of the internet", A good film about INTERNET and about how, where, when it was started and the first companies to mark their stamp on the internet ....a lot of cool stuff.

A journey from "Entrepreneurial LOVE to Heavenly abode of SUCCESS" 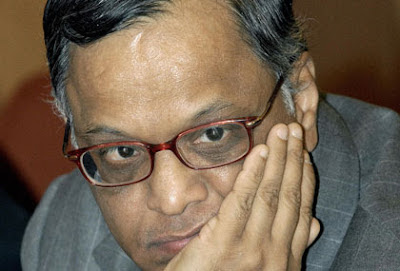 It was in 1970's when people use to say, "dont try to do things which you cannot! be simple, first settle in your life", Well I guess people who said this will repent forever! Folks It was 1981 when INFOSYS chief Mr. Narayan Murthy had a thought in his brain to start a company! He had already met his true love and success was waiting for them! I read a great article in geocities written by Smt.Sudha Murthy which is very inspiring!!
Here is a small excerpt from the article.....
"It was in Pune that I met Narayan Murty through my friend Prasanna who is now the Wipro chief, who was also training in Telco. Most of the books that Prasanna lent me had Murty's name on them, which meant that I had a preconceived image of the man. Contrary to expectation, Murty was shy, bespectacled and an introvert. When he invited us for dinner,............" 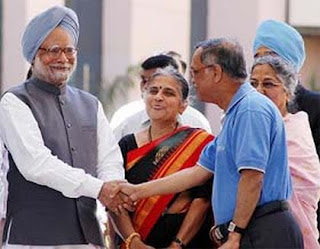 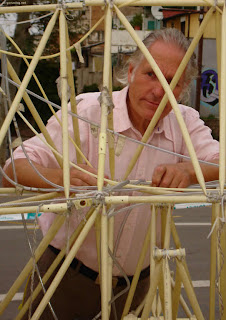 Many people ask me what is innovation? Well here is the answer! Its THEO JANSEN. This guy is a Genius, He is an artist and a KINETIC SCULPTOR, actually he is more than that! He builds a new kind of huge machines like an artificial animals using sticks/plastic! Its truely amazing, He says "The walls between art and engineering exist only in our minds." those kinetic sculptures move with the help of wind near beaches, he is also working on creating artificial life throught genetic algorithms. He lives in holland, I think this is guy is a extreme genius and ultra creative! Below is a cool BMW TV commercial showcasing his talents, watch and innovate 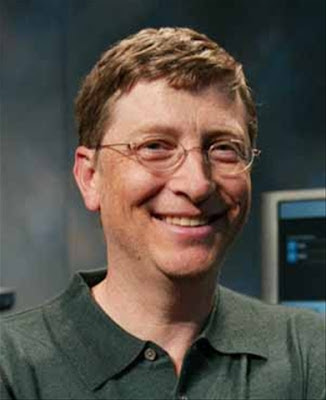 Even I too love that smile!

Woah! Mr. Bill Gates founder of Microsoft and (worlds richest man), Well he is no more "the worlds richest man", Time is going to change and it has changed folks , now Carlos Slim CEO of three companies Teléfonos de México (Telmex), Telcel and América Móvil is the worlds richest man , He is a Mexican Businessman with networth US$67.8 billion from july 3rd 2007.


Special thanks to SOLITARY HACKER
No comments: