Barcamp ---where Passion is "Enlightenment"! 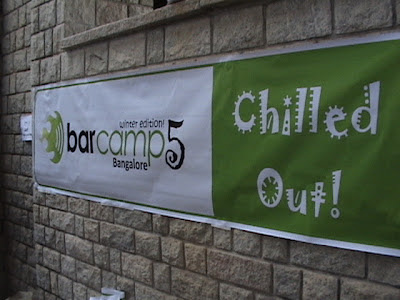 This time barcamp was cool, met a quite a lot of geeks and entrepreuners intere

sted trying out coolest things in this technological universe! Well it started of at 10:30am with all the speakers using that cool mic! i would rather call it a loud speaker, but the sound output wasnt good eventhough all of managed to hear something! So we all got a fair idea as to what barcamp bangalore 5 is upto!
Then i attended XP collective which stands for 'Xtreme Programming' everything was totally

overmyhead........ but still i heard somestuff and tried to figureout what exactly is going on, it was about AGILE software development......cool! Sharath was there, he showed his new cool MACBOOK and all its features..... wow it was damn cool and awesome really mac rocks! Then I met Keshav who has started three startups and now he has joined a startup! He was a part of activmobs.
I also spoke with Sean Olin Blagvedst CEO of babajobs. Actually I had seen him quite a lot of times in Microsoft! He use to be a part of Microsoft Research India team! Now he started babajob! thats pretty cool!.
So then we attended

another session on "GURUGEEKS" sounds geeky! Well Its a social networking site wherein all geeks meet! just like barcampbangalore but on the internet! and it is yet to be online! , the founder spoke about what is gurugeeks, How exactly it works, What is the need of somthing like Gurugeeks in a country like INDIA and some good stuff!

Next we went to room L22 where a session was going on User interface design! and then about yulop , Its a startup....... check out there website wherein you can search anything around bangalore and its pretty accurate!!.
Last but not the least! This was awesome and interesting , It was discussion about "Why should I start a startup", the crowd was mixture of business enthusiasts and Tech enthusiasts and it was real fun....... Impulsesoft CEO was there , she spoke about her experiences in building their first product which is a bluetooth device for an ipod!!(sounds kewl) , she also said" having conviction about the product that you have built is very important". I also saw someone from US , she says that its far better to start a startup in INDIA rather in US!!! finally the debate endedup and final thought was "start a startup having good reasons".
Here are some cool snaps!
WIFI duniya!!! 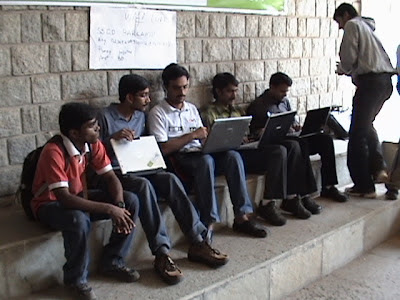 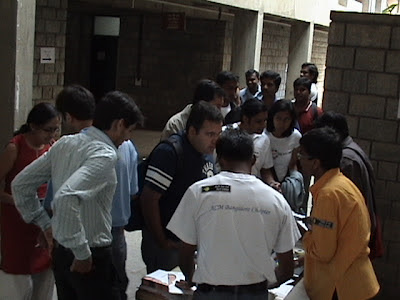 I should have brought my LAPTOP!! :( 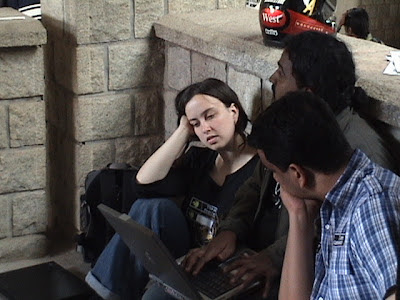 I will upload the VIDEOS soon keep in touch with my blog!!!

Barcamp Bangalore rocks everyones brain! I was there for BCB3, It was total fun and super cool, I saw a lot of like minded people! Its a total un-conference wherein even you can speak about something interesting! Its not a session where a speaker speaks and rest sleep!!! here you have freedom to interact! share your thoughts, your works,maybe your research too! Whatever you want to us to know! I met quite a lot of startups at BCB3........ and you get free internet/free WIFI! So Get your laptops, boost your energy and blog about BCB5!
Date: 17th&18th November 2007
Venue: IIM-B
Time : around 9:30am